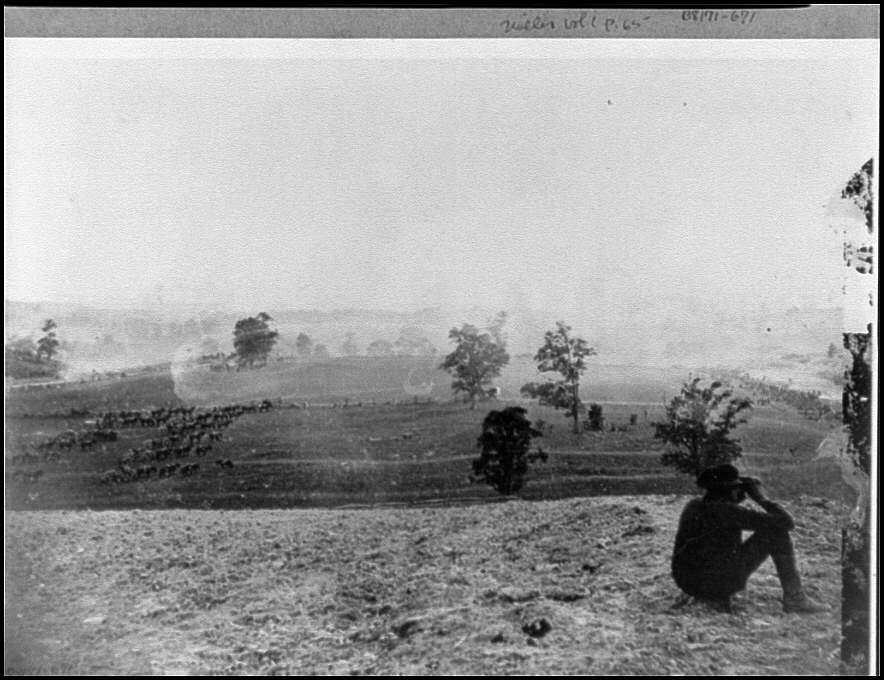 Battlefield at Antietam on Sept. 17, 1862. Library of Congress photograph by Alexander Gardner.

Today marks 150 years since the bloodiest single-day battle of the Civil War: The Battle of Antietam.

Just Google “Antietam” today and you’ll find no end of articles about the battle and about a re-enactment of the battle that took place this weekend. Time magazine in particular highlights photographs of the battle held by the Library of Congress.

Head on over to the Northfield History Collaborative today to find our own local ties to Antietam in an 1861 enlistment roll. Among the several dozen signatures are those of at least three Northfield area men who were injured at Antietam.

This document, pasted into Emily Bierman’s Notable Events scrapbook, was signed by some of the first local men to volunteer their service for the Civil War. Among them are George Kenney, John Gatzke, and William G. Coen. All three were injured 150 years ago today, but all lived to tell the story. Gatzke and Coen went on to serve another two years. All three men joined up while in their early 20s — or at least they claimed.

One other Rice County man, Wilson Cagger, may have been killed at the Battle of Antietam. However, another record says he deserted his company that day, then re-enlisted the following August.

Honor these men and the deaths of 23,000 by taking a minute today to learn a little more about their service.

Browse all items from the DHC contributors